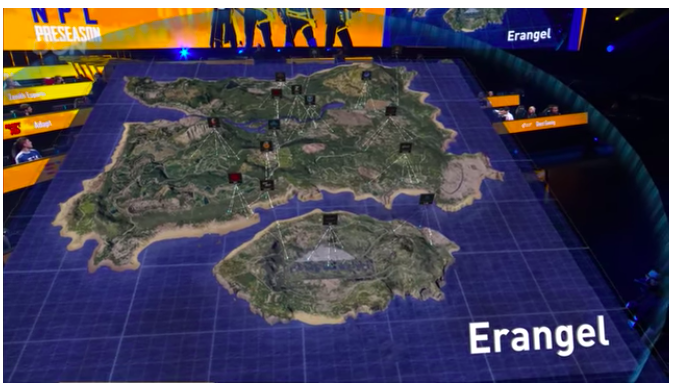 On February 1 and 2, OGN, the first and leading esports network and content producer in the world for nearly two decades, is set to deliver the inaugural North American PUBG league (NPL) to audiences around the world. The league will be broadcast from OGN Super Arena, their new 35,000 square foot state-of-the-art esports arena based in Los Angeles, California.

Fanview Media, work with Idonix, is supporting OGN’s cutting edge broadcast with data-driven augmented reality graphics, allowing a new level of in depth story-telling. With over 80 game feeds at any given time and a plethora of action throughout the game, editorialising the game-play is critical to fan engagement.

Fanview has provided a comprehensive service including an intelligent API for OGN’s broadcast graphics and a cutting edge AR map with sophisticated overlays to provide unparalleled insight into the gameplay.

The new PUBG NPL opener will kick off on Twitch and Youtube on Friday at 5pm (Pacific Standard Time) with regular matches until the season finale in September.