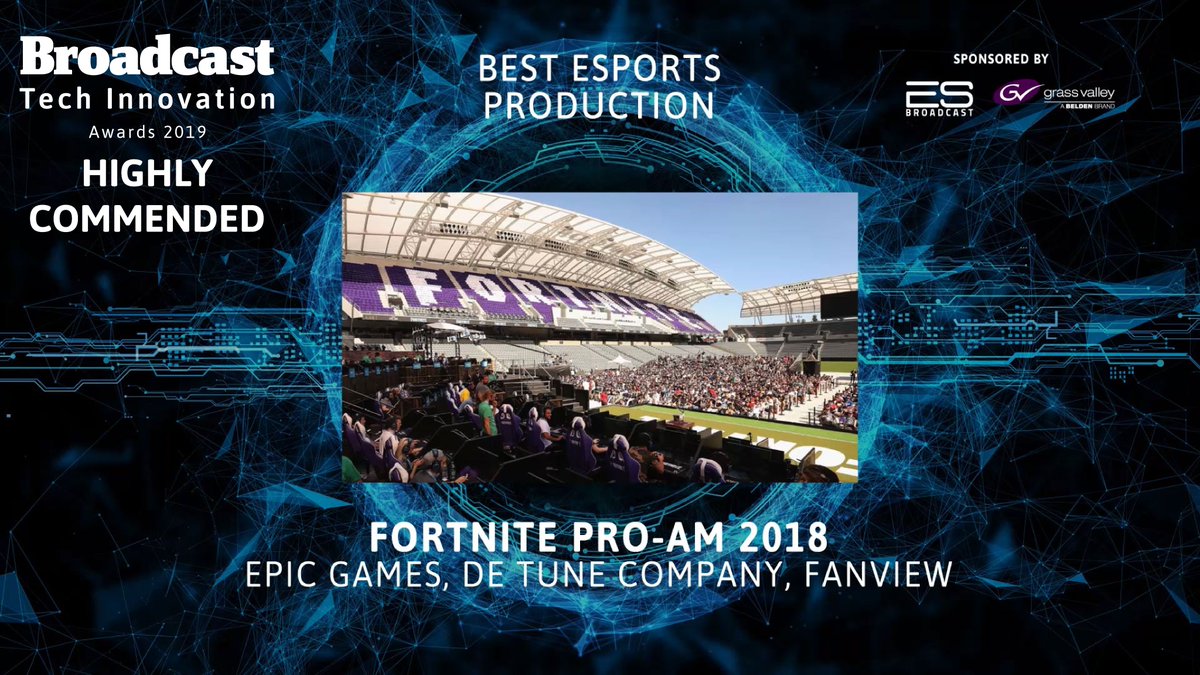 Fanview were honoured and humbled to receive the Highly Commended Award for "Best Esports Production" at the inaugural Broadcast Tech Innovation awards last Thursday, October 17th alongside partners De Tune Company and Epic Games. This comes off the back of winning the prestigious Yahoo Sports Technology Awards Agency of the Year in May.

It was a fantastic evening of celebration with our teams, as well as our friends from Red Bull Gaming, Epic Games, EFLGG, Encompass and Tata Communications.

In just seven weeks, teams from Fanview, De Tune and Epic combined to unite 50 of the world’s most popular Fortnite pro players and 50 Fortnite-loving celebrities, including dream team Ninja and DJ Marshmello, to compete in the ultimate Fortnite event at the Banc of California stadium in Los Angeles. Fanview worked alongside our friends at De Tune to deliver all of the broadcast operations, programming strategy and executive production along with API integration to power data-driven broadcast and in-stadium graphics.

“These awards spotlight the industry talent creating the productions with the biggest impact,” said Broadcast of the awards.

Aw shucks.. but we are indeed very proud to have helped the Fortnite Pro-Am 2018 break Twitch records at the time with 5.3 million views and 1.7 million concurrents.

Our next international esports broadcast event will be delivering compelling game data and analysis via a bespoke API feed, as well as data driven augmented reality graphics to help tell the story of the PUBG Global Championships in LA and Oakland this November. Game on.