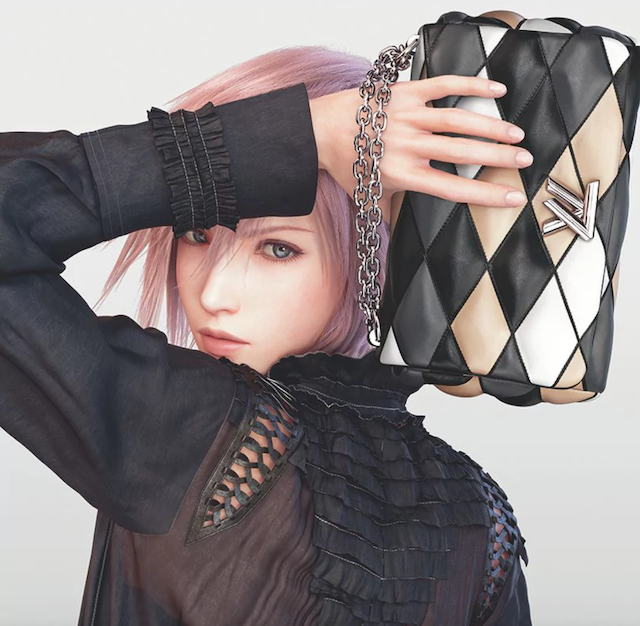 How fashion brands are integrating into esports

Louis Vuitton, the ultimate French fashion house and luxury brand, is not exactly synonymous with the stereotypical gamer. Yet it’s the brand on the tip of every esports fan’s tongue right now as the high end retailer partners with Riot Games, the notoriously innovative creator of League of Legends (LOL), for the 2019 LOL World Championship.

The partnership seeks to bring two main products front of stage, a trophy case designed by the French fashion staple which will hold the summoner's cup (the League of Legends trophy) and a set of new in-game cosmetics designed by Louis Vuitton’s Artistic Director of Women’s collections, Nicolas Ghesquière.

This isn’t the first time that a brand with a reputation to cater to the upper echelon of fashion’s elite has dipped its lavishly clad toe into the pool that is gaming, fashion and culture. Other brands such as Gucci have continuously crossed that line, involving anime within their runway shows and even created games, Gucci Ace and Gucci Bee, for their mobile phone app. Louis Vuitton themselves signed Lightning, a fictional character from the Final Fantasy series to model various items of clothing. Further down the price tag line, brands such as Adidas, Puma, Champion, Nike and more are taking part in the new feeding frenzy that is advertising, sponsorships and partnerships within the esports space. There have also been brands launched specifically for gaming purposes – supporting the needs of the gamer.

Typically, a Louis Vuitton outfit would set you back a pretty penny, but skins (cosmetic elements of gameplay that have no direct impact on the outcome of the game) in League of Legends typically sell between $9 and $20 dollars. This isn’t about money for Louis Vuitton, even though they’ll make plenty, it’s about building brand awareness and trust within the gaming community as it grows and matures in the future.

Gamers are people too (and more altruistic than most)

So why would gamers be interested in fashion, inside or outside of games? Well, because they are people too. It finally seems that the stereotype of the unsociable, ungroomed and overweight basement goblin gamer is lifting, and with good reason too. According to Statista, as of 2020 there will be a predicted 2,600,000,000 gamers in the world which makes up a third of the total predicted population. Unless a third of us are goblins (don’t take the bait), then it’s clear to see that we aren’t living within a J.R.R. Tolkien book.

In fact, according to a survey by LifeCourse Associates, called The New Face of Gamers, gamers are even more social than non-gamers. These statistics show that this demographic is not only more socially conscious, but are more optimistic, educated, conventionally successful and even care for their family more than non-gamers.

Selling in the virtual space is cheap(er)

So, if gamers are “conventionally more successful”, what do they spend their money on? The most expensive Counter-strike: Global Offensive skin is the StatTrak M4A4 Howl which goes for a whopping $1,700. This is a purely cosmetic item which makes the player's in-game gun look different. Every time something is sold on the Steam marketplace (owned by Valve, the makers of CS:GO), they get a buyer’s fee of 10%.

And, what’s more expensive to make, some digital artwork that can be reproduced with the click of a button, or clothing made by the finest material, assembled by hand by artisan tailors and sold in stores whose build out and rent cost millions per year? The joke in Wall-E, where the chair bound humans get excited about being able to change the colour of their jumpsuits from red to blue isn’t such a joke anymore - it’s serious business for companies like Valve and Epic Games, the creator of Fortnite.

It’s not a stretch to suggest that people who are attracted to looking good in-game will also care about how they look out of game, especially since they are more socially conscious. It’s especially likely that people will care about a brand if it not only affects their virtual reality and their actual reality, but blends these worlds together.

Marketing within video games isn’t the only route to success, bringing video-game inspired technology and blending what’s real and what isn’t can be an invaluable strategy. For example, the Instagram account lilmiquela is a computer-generated model, musical artist and influencer sporting over 1.7 million followers. She has worked with brands such as Calvin Klein and Gucci and appears to go to all the big fashion events, or at least be animated into them. She is one of many and goes to show that social media in modern society is so staged and unrealistic, that actual staged, digitally produced content doesn’t only slip by unnoticed, it can garner millions of fans.

Instead of seeing the real-world market and the virtual market as two separate entities, companies, especially in fashion, are making the steps to make them one and the same. Another example of this is Zeekit, which is an app that allows you to upload your own photos and try on clothes from over 250 brands. That’s a lot cheaper than having customers send back clothing. This allows them to window shop within the virtual market as “themselves" and become their own personal version of the famed lilmiquela.