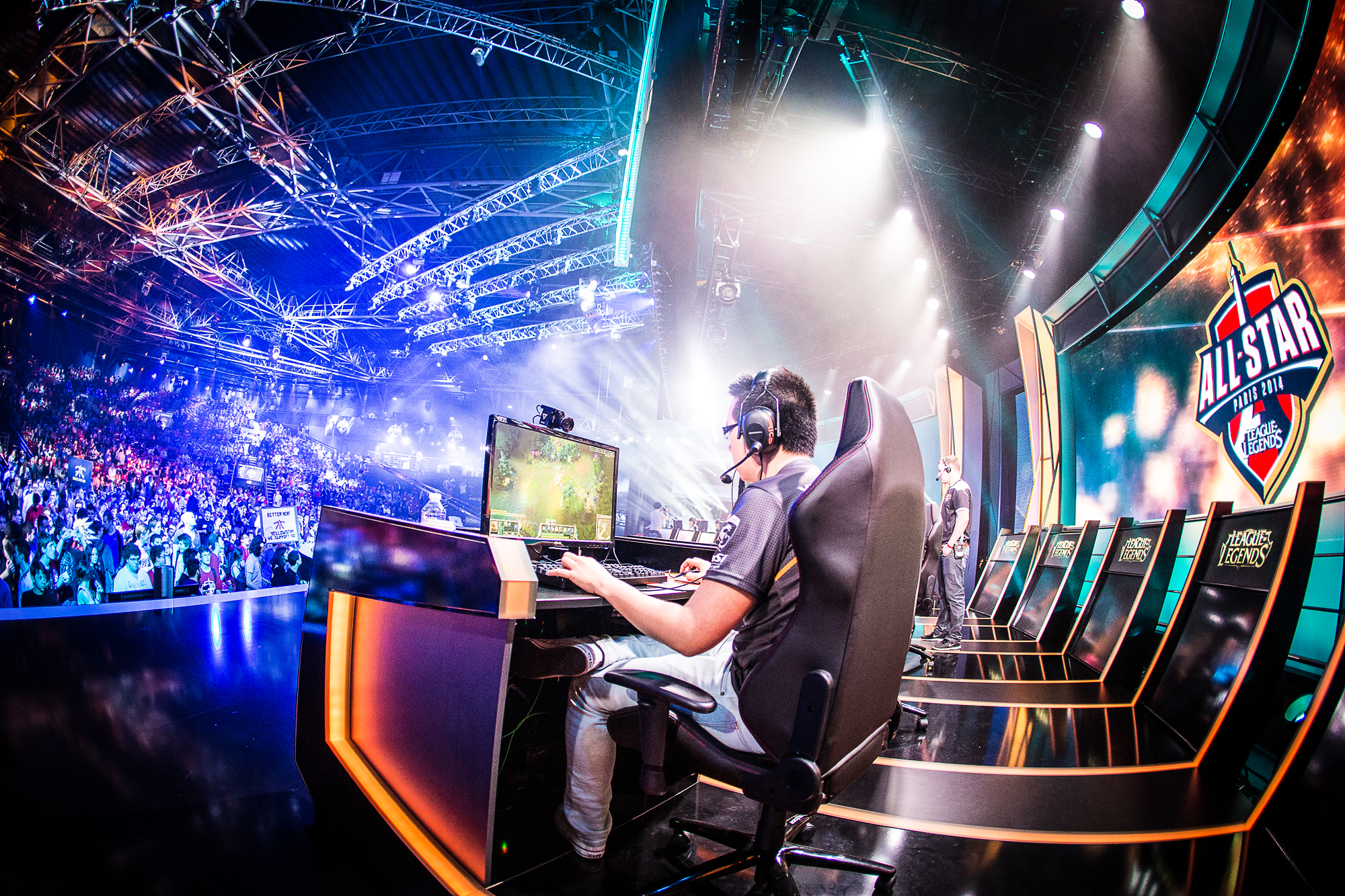 It’s safe to say esports is the hot ticket right now for businesses far and wide. You’ve heard it before - esports global revenues will hit a billion dollars this year, Ninja is an unequivocal celebrity and if your brand is not involved, you’re apparently “already behind the curve”. But there’s so much more to it then jumping on a bandwagon and seeing the money roll in.

We’ve outlined some of the important considerations (and common pitfalls) to be aware of if you’re considering entering or continuing on in this wild adventure.

An esports event is not the solution to every problem Alas, like most things in life, esports as a strategic business initiative is not, and should not be, for everyone and will certainly not solve all of your commercial problems. In fact making ROI on esports events is downright tough, even for games publishers. Global revenues generated by consumers through the sale of tickets for live esports events and merchandise remain very small at $63.7 million (of the $1 billion estimated to be generated this year).

That’s not to say you can’t reach this prime demographic of esports fans (if that’s really your aim) through creative means like authentic sponsored content or partnerships with target talent or even in-game integrations. But it may not be the case that launching a new league, event or sponsoring a team is the right play for your business.

If you are considering a tournament or event-style esports strategy, consider your desired outcome:

• To get your brand in front of esports fans’ deliciously lucrative eyes?

• To develop a revenue-generating event through sponsorship and advertising?

• To help your brand stay (or become) relevant in the minds of Gen Z and Millennials?

• To find and retain new audiences for your brand?

If you answered yes to any of the above, tread with caution and review your expectations.

All of the above IS possible, but generally requires a very long term, dedicated approach with large budgets. If you’re looking for a quick (and cheap) fix, this ain’t it.

2) Do you want a gaming strategy or a true esports strategy?

This may seem immaterial but it is crucial to decipher before getting started.

Decide whether you simply want to engage with, and get your brand in front of, avid gamers, armchair gamers as a whole (including mobile gamers which makes up the largest global audience) or whether you truly want to invest in integrating your business or brand into a specific esports community.

I say a “specific community” because they are not all one and the same. A Fortnite fan may not be a PUBG fan, may not be an Apex fan, despite all being battle royale genre games. And likely aren’t. Each title tends to foster a very loyal community with far less crossover than traditional sports for example. In fact, a recent NewZoo survey showed that more than half (53%) of active Fortnite players claim that Fortnite is the only battle royale game they actively play and many battle royale games have more overlap with non-battle royale titles than with titles within the genre.

This decision will impact your choice of partner whether that is through content partnership, game integration, tournament development or sponsorship. For example, there are plenty of incredibly popular games that have seriously dedicated fans and engagement across the globe like Wolfenstein; Grand Theft Auto; Red Dead Redemption or Crash Bandicoot. But these titles are not esports. That is, they do not lend themselves to professional competition.

If your strategy is focused strictly on esports (first ask why), then consider that the relevant gaming partners become far more narrow. The most successful esports titles globally include Overwatch; Dota2; League of Legends; Counter-Strike; PUBG Fortnite Battle Royale and Hearthstone. Rocket League and Streetfighter are also popular in the UK as esports.

It’s worth considering that most popular esports titles (outside of NBA and FIFA), are either of the Battle Royale, Shooter or MOBA (Multiplayer online battle arenas like League of Legends and Dota 2) game genres which naturally have elements of violence. This is part and parcel of the esports scene so something to consider for your brand.

3) There is no standardised sponsorship model… yet.

Unlike the traditional sports industry, esports sponsorship and investment opportunities are still being developed and no standardised model really exists yet. This ambiguity creates a very exciting opportunity for creativity and flexibility to develop bespoke partnership or sponsorship frameworks based on your specific objectives.

There are many approaches currently being taken including:

A successful strategy requires considerable knowledge of the sports and esports industry and deep analysis into viable outcomes in terms of event attendance, native and non-native esports platforms, esports broadcast viewership patterns and of course, the wider media rights landscape globally and how esports packages fits within this (all of which Fanview has, I might add).

The longevity of different esports is hard to predict at the best of times and is something that needs to be considered when planning your marketing strategy. There are many factors that contribute to the longevity of an esport, things like, age of the intended audience, marketing habits of the publisher/developer, reputation of the developer, how they decide to develop their game over time and more.

An example of just how one factor can affect the longevity of a game is Apex Legends - on its release in February 2019, it has over 120,000,000 hours watched within the first month, in just two months that had declined to 25,000,000 hours. The reason being, the developer decided to update their game once a month which compared unfavourably to the industry standard of every one to two weeks. This meant that the game got stagnant very quickly for players and viewers.

4) Define your own culture and representation in esports

If you determine your brand has a place in this industry, consider how you want to fit into the overall culture and which esports community truly fits your brand.

Esports at its core isn't about grand competitions and hard set rules as some may first feel. Esports is about bringing the gaming community together and sharing that common interest. Some of the most popular events in esports are about making the games fun and engaging, such as the Fortnite Pro-Am or the League of Legends Mid-season Invitational.

When approaching creating an esports event, determining the vibe and the atmosphere that you want this event to have is of paramount importance. The game chosen also has a strong impact on this. A game like Fortnite will naturally push for a more laid-back competition whereas Counter-Strike naturally lends itself to high intensity action.

It’s also important to recognise that how players and audiences interact with esports is different to each global region. For example, in the USA, they are often more open and receptive to esports of a relaxed nature like the Fortnite Pro-Am. Whereas, regions such as South Korea and China much prefer esports of intense nature like League of Legends and StarCraft or Japan who are mostly interested in fighting games like Tekken and Dragon Ball Fighter Z.

This leads to intense esports viewerships in Asia being much higher comparatively to the rest of the world. Other countries gain viewers in different ways like the fun-focused Fortnite Pro-Am or content creators on YouTube and Twitch.

5) And please - “esports” is not a marketing tactic

Avoid the temptation to create an esports event purely as a marketing tactic to promote another product or event or sport. Although this demographic is relatively open to brand involvement in tournaments (less than 10% have a negative attitude about brand activity in esports), this discerning audience can sniff a disingenuous brand a mile off.

You may find yourself in a curious and relentless circle where your so-called “marketing tactic” requires a marketing strategy (face palm emoji). Because despite those hyperbolic media headlines, generating a loyal fanbase for a new esports tournament or event is a tough gig that requires a long-term outlook, extensive resources and passion for the game.

Consider that event the NBA 2K league with its global reputation and marketing resources for the league itself, generated just 5,000 viewers per match on Twitch during the 2019 season - a far cry from global domination - yet this still a relatively successful esports tournament compared to most.

The esports landscape will continue to evolve and change on an almost daily basis which makes it both fun and exciting, but often scary and intimidating for businesses. Before entering the lobby, assess your viable position in the market in order to make an intentioned and well orchestrated entrance. And if Fanview can help in your quest, all the better.